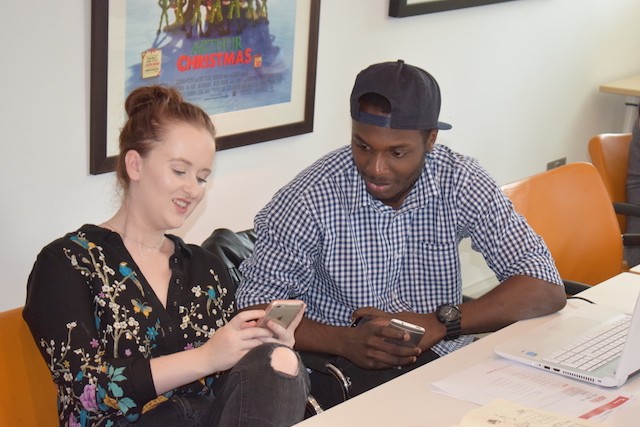 In the heat of preparing for the launch of the 1Xtra Storyteller on Mixital, I was given the task of setting up the physical machine environment. This would allow all the design assets to be fully integrated into the Storyteller on the website and then used to generate the Trashbag Tuesday Kit itself.

Setting Up the Technical Environment

I had been given a document created by Aardman, outlining the steps I needed to take in order to successfully set up the environment on my machine. Before visiting their office for a full day of working on it, I began the first part of the process which was installing several different components and programs that would be needed to communicate with one another. This was so that the files, when they are uploaded, end up in the same place and can be retrieved without error.

During our day trip to Aardman, we had three workstations active, so we could get the most out of our time. One station was designated for designing the visual assets that we would use to test, another was used for finding sound assets that would aid the visual, and the final one was for the technical side (which is where I come in). Although I work in technology, I had never attempted anything of this scale or magnitude before.

Although I work in technology, I had never attempted anything of this scale or magnitude before.

During our day trip to Aardman, we had three workstations active, so we could get the most out of our time. One station was designated for designing the visual assets that we would use to test, another was used for finding sound assets that would aid the visual, and the final one was for the technical side (which is where I come in). Although I work in technology, I had never attempted anything of this scale or magnitude before.

Throughout the day, I had the help of George Rowe, Senior Digital Producer at Aardman, Dan Efergan, their Creative Director, and Ashley Gwinnel, one of their Developers who had worked extensively on this task. With their help and referring back to the document, I commenced with the next phase of the setup process… creating the environment. From here on out, I would use Command Line to navigate between the files that I had installed earlier, and ensure that everything would be uploaded to the working folder.

Once this had been completed, it was time to test it out! We had some test assets in place and then ran two separate batch files (containing the instructions to build the source code) to see if all worked as expected. As is always the case, there were some small amends required, but through Aardman's wizardry, they had built in really helpful error messages which enabled me to home in on these issues quickly and remedy them quite easily. This also really helped build my understanding around what the batch files were actually doing!

It took around a further 30 minutes or so to sort these issues out. When I ran the batch files again, a wonderful cascade of computer script appeared on the screen ending with a ‘success' message, letting me know that everything had been applied to the Mixital build correctly! This was truly wonderful, and made me feel better about all the hard work it took to get to this point!

The result of this was that a new directory was produced containing the source and image files. Aardman had even created a batch file which generated a local hosting environment, which I ran, and which allowed me to see the resulting build and reassured me that all was good.

Now, having confirmed that the environment was set up correctly, and that the batch files were doing their magic generating the source code successfully, it was time to add the actual assets characters, backgrounds, buttons, objects and sounds into the correct places and then run the batch files again to generate Trashbag Tuesday (after having backed everything up of course just in case!).

Again, frustratingly, the batch process flagged a couple of issues, but, once again, thankfully, those issues were well documented through the tools error reporting, making finding and fixing them fairly quick, although it took nearer an hour this time to ensure everything was good.

Very quickly, I had managed to use Aardman's scaling up tool to generate our first working build to test out and allow us to get started on the process of fine-tuning to ensure it was as good as we could make it!This fine-tuning continues to take a fair amount of time, but overall, it's brilliant to have this scaling up tool to make an incredibly complex task a good bit simpler!! I've now even had the confidence to look closer at the code itself and make and document some amends, which is really satisfying when this results in the changes we want.

Overall, I think the kit is starting to look great, and I am well impressed with what George, Dan, Ashley and the other Aardman guys have done in creating the scaling up tool which has empowered me to make changes then generate update source code quickly, and now that I've been through the pain of setting the environment up, I look forward to using it again on future projects!!